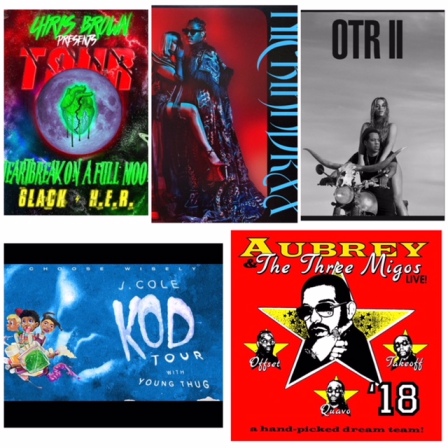 My favorite time of year is when musical artists who I enjoy go on tour. Seeing someone you admire perform is always a rush. It is weird being in the same place, breathing the same air, as this person you adore. Sometimes, I still can’t believe that there are such things as celebrities and people who make multi millions. Below are some tours you should definitely check out this summer. As of now, I’m only going to one of these but trust me when I say, I am going to find a way to go see Drake and Migos. Like, I have to. I need to. I WANT to. 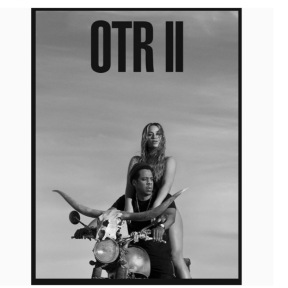 On the Run II – Starring Queen Beyoncé and Jay-Z: Everyone who knows me, understands the obsession I have with Bey. It’s actually kind of stan-ish and strange. But nonetheless, it would behoove you to go see this concert. Now, I made the painful decision to not attend this year because I’ve seen Bey twice in concert already and I wanted to pay rent when tickets went on sale. Plus, Jay-Z is cool but I’m not pressed to see him in concert. But this tour is one that will for sure entertain. I’ve been photos already and they look like they are giving you all exactly what you paid for. Join Bey and Jay for a trip down memory lane with your favorite songs from the 90s and early 2000s to their unforgettable recent music. And cry for Bey for me since I won’t be there.

Heartbreak on a Full Moon – Starring Chris Brown feature H.E.R. and 6lack!: I will 100% be in attendance for this concert! Like Bey, I also stan for Chris Brown. I’ve watched some of his rehearsal clips on instagram and I am ready for everything he has in store for us. Chris has always been an amazing performer. This will be my 4th or 5th time seeing Chris in concert. I can’t help it. I feel like I grew up with him. We’re the same age, just millions of dollars apart. Chris has dedicated his whole career to his craft and you have to respect that man, period. This will be my 3rd time seeing H.E.R. in concert. She’s an amazing vocalist. I’ve mentioned her on my blog when I first launched back in January and encouraged you all to check out her album. She can actually sing live and she’s multifaceted. 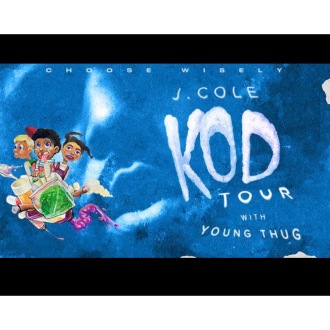 K.O.D – Starring J.Cole and Young Thug: J.Cole took a hiatus from music for a while. But a couple months ago, Cole dropped the K.O.D album and sent his fans through the roof. I like J.Cole as an artist, I think he is a great lyricist, I’m just not one who faithfully listens to his music. He does have some good songs that I will listen to. But I think because J.Cole is so for the people, he has great music, that his concert with be worth the money spent. I’m sure he is going to give his fans everything they hope for. Plus, Young Thug will be there to perform some of his bangers that will add to the good vibes in the arena.

Aubrey and the Three Amigos – Starring Drake and Migos: I said it during the introduction and I will say it again. I. WILL. GO. TO. THIS. CONCERT. Now, the only reason I don’t have tickets right now is because I have to find a new job first, and the tickets were higher than I expected. But, somehow, a door will be opened for me and I will be able to attend. I love Drake as much as I love Bey and Chris Brown. I’ve only seen Drake in concert one time and it was a great show. So, I know for sure, he is going to have each city he is in feeling full after he leaves the stage. Not to mention, I am also a fan of the Migos! I love them! I’ve never seen them in concert and always said that I wanted to go to a Migos show. Migos has so many hits as a group and as solo artists, I can’t imagine the energy in the building when they hit the stage. Somebody, help me get to this concert lol.

NickiHndrxx – Starring Nicki Minaj and Future: Now, this tour technically doesn’t start until the fall but it will be a good ending to all the fire happening in concert this summer. Nicki puts on a great show no matter where she is, so I am confident her Barbs will be satisfied. Nicki still has some great hits, but I am more of an older songs of Nicki fan. She does have some amazing features on other songs but it is taking me a while to warm up to her new singles. Once I know exactly what I’ll be doing in the next couple months, I may still try to go to this show because regardless, I want to support Nicki as a Black woman. Future will be there for the turn up as well. I think it’s going to be a really good show.

Get some good vibes in your system and check out one of these concerts this summer. No matter which one you choose, or if you’re going to all of them, you won’t be disappointed.