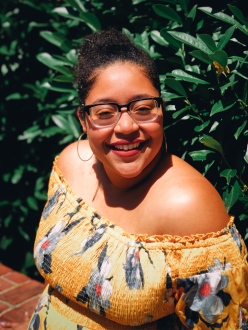 Written By Aspen S., – Official Contributor of The Crowned Series

For the past eight weeks I have spent my Sunday nights anxiously waiting for the clock to hit 10:00 to watch what has quickly become my favorite television show, Euphoria. The show, executive produced by Drake, is HBO’s newest original series. The story details the life of high school students and the intricate yet somewhat connected storylines that each of these students experience. The show itself is reminiscent of the UK series Skins or even the beloved Degrassi but it bears a level of honesty and rawness that I personally have never seen before in a show. Its incredible story lines are then augmented by beautiful cinematography, a robust soundtrack that includes the like of Too $hort and Arcade Fire in the same episode, and a score compilated by the musical genius that is Labrinth.

The show is loosely based on an Israeli series of the same name but is also very personal to the show creator, Sam Levinson, who battled drug addiction and navigating his own mental health through his teen years, two themes that are heavily discussed in the show. Zendaya’s character, Rue, is the main character and narrator of the show and the show features a variety of other amazing actors including Hunter Schafer, Maude Apatow, and many others, some of whom are in their first acting role and still managed to get me deeply invested in their characters (shoutout Angus Cloud #feznation).

Now that the season is over, I have taken some time to really reflect on it all and have come to three major realizations.

1. We are all humans who want to be loved. The show does a great job of detailing the trials and tribulations of the characters but at the end of the day what truly connects them is that they are all aiming to feel loved and comforted in who they are. For some this first means figuring out who they are and for others this means finding someone who honors who they are through the waning good and bad times. This can easily be translated to real life when we think about our own unique lived experiences and how this may look or feel completely different, but as the tagline mentions, we are just hoping to feeling something – and preferably something good. This is what drives our actions, steers how we perceive our interactions with others, and how we choose to navigate the world around us.

2. We have a bad habit of becoming out of touch as we grow older. When the show first aired there were so many parents who were shocked by the content. They were even more thoroughly shook when they watched it with their kids, only to find out that the show manages to convey a pretty accurate portrayal of life for high school-aged kids. I had a very similar conversation with my own mother who I recommended the show too. I didn’t expect her to watch but surprisingly she did and just like me she was hooked after the first episode. After that, we would always be sure to text or call each other on Mondays to discuss our thoughts on most recent episodes. At first she felt very disconnected to the characters but after I gave her my take on it and related the characters to myself, my siblings, and/or friends and peers in my life that she knows well she was even more intrigued. It got us talking with a level of depth and honesty that I cannot recall us previously every doing. I am grateful for the ways that Euphoria has unexpectedly brought me and my mother together and I hope we can continue to have these conversations, especially as they pertain to our own experiences, leading me to realization number three.

Despite going into this show with zero expectations (it came on after Big Little Lies and I wasn’t ready to move from the couch so I stayed to watch), it has allowed me to think about so much more than I ever would have thought. It has gotten me to reflect on my own teen years and continued early adulthood and has sparked conversations with friends and family.

The show has already been renewed for a second season which will likely air in the summer of 2020. In the meantime, I’ll be on Twitter every day, blowing up Labrinth’s mentions as I beg him to release the show’s ear-gasmic score.